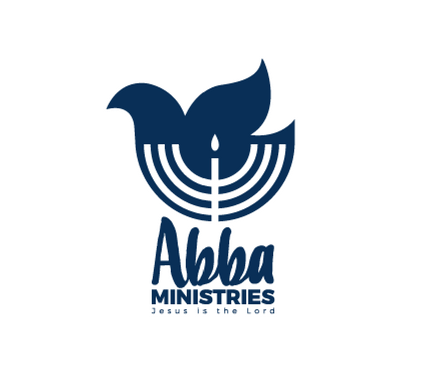 Nebby and Dee Gomez are the founders of ABBA Ministries, an apostolic and prophetic ministry dedicated to foster revival in the nations by establishing a bridge of unity with the Remnant of Israel. Their work has included the formation of ABBA home church networks in Kissimmee, Florida and Samborondon, Ecuador. These networks are led by Spirit-filled individuals who have a burden for the souls that need Jesus Christ in their lives. Discipleship is key and individuals are mentored in sound biblical instructions and taught how to develop a personal relationship with Holy Spirit. Utilizing this approach, individuals develop a solid foundation of faith and experience the transformation power of the Holy Spirit in their lives.

Nebby and Dee were the pioneers of Ester Revolution during 2008, 2009, and 2010. This Spirit-led project mobilized intercessors to a time of prayer and fasting for three consecutive years during the time of Purim. The focal point was asking forgiveness for the atrocities of the Spanish Inquisition and the injustice against the Jewish people.

The Gomez’s also catalyzed conferences called 2Nights4Israel in Florida and Ecuador. Jewish and Gentile believers in Yeshua made up the panelist and each was given the opportunity to present biblical information that enriched the relationship and unity between believers of Jesus in the nations and the Jewish remnant in Israel.

Nebby and Dee have organized several prophetic pilgrimages to Spain and Israel, taking teams to be trained and instructed in how to break curses off the Ibero-American nations generated from the Spanish Inquisition. The teams were also taught the importance of blessing Israel and praying for their salvation in the name of Yeshua.

The Lord has placed a heavy burden upon the Gomez’s to see Ephesians 2:14-15 fulfilled. What is that burden? That each believer can come to understand and walk in the “One New Man” identity, where Gentiles embrace their Hebrew roots and Jews receive Yeshua as their Messiah. Nebby and Dee are establishing a bridge between Ibero-America and Israel to support the fulfillment of this scripture.

We are a Christian Messianic Church with a Jewish Messiah.

Jesus was born a Jew of Jewish parents in the Jewish homeland. Growing up, he lived as the Jewish people lived, and He participated in the Feasts of the Lord. When He began his earthly ministry, He prophesied by the Word of GOD found in the Torah and the Books of the Prophets (Old Testament). His disciples were all Jewish, and He spent His earthly ministry proclaiming the Good News to His own people, Israel. Salvation came to Israel first, then out of Israel to the world.

“For I am not ashamed of the gospel of Christ, for it is the power of GOD to salvation for everyone who believes, for the Jew first and also for the Greek.”

We are a Christian Messianic Family of sons and daughters with a Heavenly Father.

“Behold what manner of love the Father has bestowed on us, that we should be called children of GOD!”

We are a Christian Messianic Family of Faith with a Faith House.

Sons and daughters are nurtured in their faith from infancy to their adult life through the teaching of the Word, and the example set by their spiritual parents in the power of Holy Spirit.

“Now, therefore, you are no longer strangers and foreigners, but fellow citizens  with the saints and members of the household of GOD.”

We are a Christian Messianic Group of living stones with Yeshua as the chief cornerstone.

Jesus is the eternal chief cornerstone, and we are living stones in the construction of his temple, the church. A holy people offering spiritual sacrifices to the living GOD.

“Coming to Him as to a living stone, rejected indeed by men, but chosen by GOD and precious, you also, as living stones, are being built up a spiritual house, a holy priesthood, to offer up spiritual sacrifices acceptable to GOD through Jesus Christ.”

We are a Christian Messianic Apostolic Prophetic Ministry aligned with GOD’S Mission of training up and equipping the church to advance the Kingdom of GOD, and to reach the lost.

We honor the apostolic function of establishing the Kingdom of GOD’S vision and culture, and we honor the prophetic function that keeps us in line with that vision and culture. Because of this foundation, we raise up pastors, teachers, and evangelists who are able to work in unity for the equipping of the saints for the work of ministry.

“And he himself gave some to be apostles, some prophets, some evangelists, and some pastors and teachers, for the equipping of the saints for the work of ministry, for the edifying of the body of Christ, till we all come to the unity of the faith and of the knowledge of the Son of GOD, to a perfect man, to the measure of the stature of  the fullness of Christ.”

We are One New Man.

Yeshua is the Messiah who fulfilled the Old Testament prophecies found in the Jewish Torah and Prophetic Books, and yet GOD so loved the world that he gave His Son for all mankind, and through Him, He tore down the wall of separation between Jew and Gentile, and He formed one new man.

“For He himself is our peace, who has made both one, and has broken down the middle wall of separation.”

We are waiting for you.

We invite you to join us and to be a part of what GOD is doing in Central Florida, and in the nations.

We believe that the Bible, composed of both the Jewish scriptures (Tenach) and the Apostolic Writings of the New Covenant (Brit Chadasha), is the only infallible and authoritative Word of GOD.

“All Scripture is given by inspiration of GOD, and is profitable for doctrine, for reproof, for correction, for instruction in righteousness, that the man of GOD may be complete, thoroughly equipped for every good work.”

We believe that GOD is Echad, as declared in the Shema, “a united one” of “compound unity” eternally existent in three persons.

We believe in the Deity of JESUS; the Messiah (YESHUA HaMashiac) and that He is the “Seed of the Woman” as GOD promised and that His virgin birth was to be a sign to Israel of His messiahship.

“Therefore the LORD himself will give you a sign: Behold, the virgin shall conceive and bear a Son, and shall call His name IMMANUEL (GOD with us).”

We believe in the Messiah Yeshua’s life, His miracles yesterday and today. his vicarious and sacrificial death as our atonement, His bodily resurrection, His future return for His followers, both living and dead, and His future establishment of His kingdom on Earth.

“For he made him who knew no sin to be sin for us, that we might become the righteousness of GOD in him.”

We believe that man’s disobedience to GOD’S revealed design will cause a separation  between man and GOD.

“And the Lord GOD commanded the man, saying, “Of every tree of the garden you may freely eat; but of the tree of the knowledge of good and evil you shall not eat,

for in the day that you eat of it you shall surely die.”

We believe that the atonement in Yeshua includes both spiritual and physical healing. The blessings of obedience promised to Israel in the Mosaic Covenant are available to any believer under the New Covenant today.

“But he was wounded for our transgressions, he was bruised for our iniquities; the  chastisement for our peace was upon him, and by his stripes we are healed.”

We believe in the present ministry of Haruach HaKodesh (HOLY SPIRIT) by whose indwelling the believer is enabled to live a godly life.

“If you love Me, keep Mycommandments. And I will pray the Father, and he will  give you another Helper, that he may abide with you forever— the Spirit of truth, whom the world cannot receive, because it neither sees Him nor knows Him; but you know Him, for He dwells with you and will be in you.”

**You can request to receive a full copy of ABBA Worldwide Ministries Statement of Faith and By-Laws, by submitting a written request via email to abbawwm@gmail.com.

"For HE Himself is our peace, who has made both one, and has broken down the middle wall of separation" Ephesians 2:14